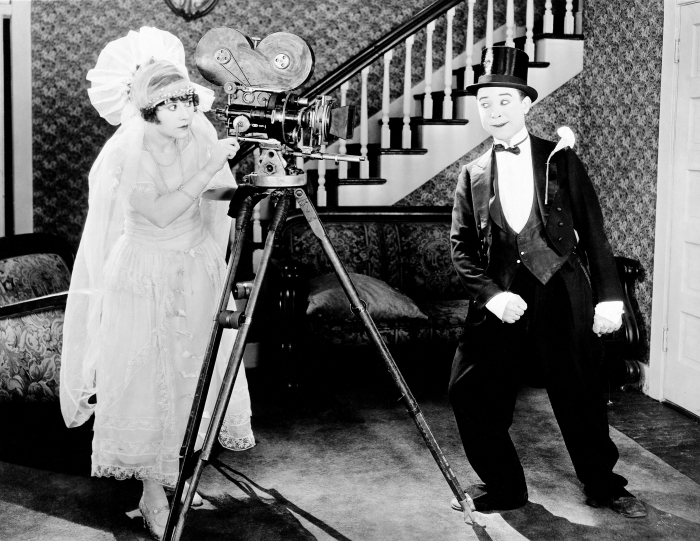 All Day Entertainment  Produced the Harry Langdon: Lost and Found collection.  An independent DVD label with the express mission of rescuing movies that fell through the cracks.

Grapevine Video  Their mission is to locate, restore, and transfer films to DVD for the viewing pleasure of classic film fans everywhere.

Kino International  Now boasts a catalog of over five hundred films- one of the most important libraries of classic and contemporary world cinema titles available to the home video collector.

The Slap Happy Collection  Showcases 75 screen clowns, and over 400 clips, this acclaimed 30-episode series profiles the studios, directors, and performers who shaped the art of silent comedy. 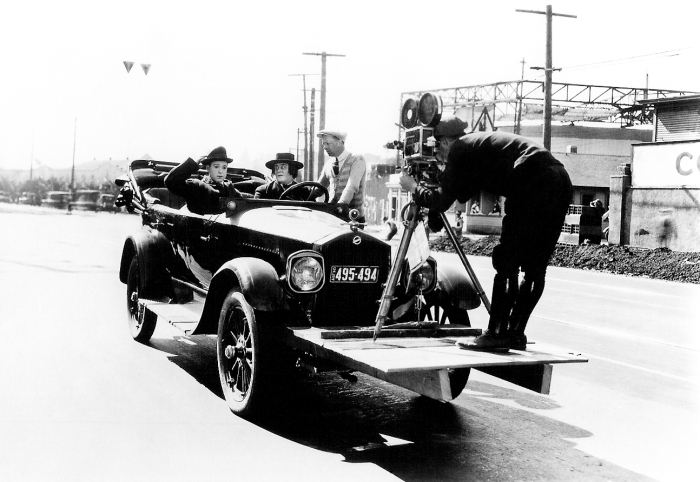 Bill Schelly  Author, artist, and comic fandom historian.  He has been chronicling and adding to the pop culture fringes since the 1960’s, and is perhaps best known for writing the biography of the great comedian of silent cinema, Harry Langdon.

Cineaste  America’s leading magazine on the art and politics of the cinema.  It has been publishing reviews, in-depth analyses and interviews since 1967.

Cinema Treasures  Is a groundbreaking website devoted to movie theater preservation and awareness.  They unite movie theater owners and enthusiasts in a common cause- to save the last remaining movie palaces across the country.

The Columbia Shorts Department  Is an information-heavy site dedicated to the vintage theatrical short subjects of Columbia Pictures.

Golden Silents  A silent film website dedicated to silent movie stars, their lives, and their films.

GreenCine  Is an online DVD rental service similar to Netflix.  Based in San Fransisco, California, it carries a wide range of anime, rare, and independent studio films.

Harry Langdon  The namesake son of a famous silent screen comedian, Langdon discovered his own creativity was not in front of the camera like his father, but behind it.  World renowned photographer to the stars, he has been preserving moments in time with his camera for approximately 30 years.

The Harry Langdon Society  Through the Society, his fans celebrated Harry’s life, studied and discussed his art, and saluted his accomplishments.

In The Balcony  Is a website exclusively devoted to classic movies and TV shows on DVD/Blu-ray, from screen classics to B-movie gems to cheesy sci-fi and obscure weirdities scraped up from the viewing room floor.

The Library of Congress  Is the nation’s oldest federal cultural institution and serves as the research arm of Congress.  It is also the largest library in the world, with millions of books, recordings, photographs, maps and manuscripts in its collections.

Lord Heath  A huge website with a dedicated selection of screenshots taken from the movies featuring Stan Laurel and Oliver Hardy.

The Midnight Palace  Strives to unite enthusiasts, experts and novices alike.  From the great silents of German Expressionism to the final examples of Film Noir, The Midnight Palace stands as a testament to these landmarks of classic excellence.

The Silent Treatment  A bi-monthly, non-profit digest that celebrates and promotes awareness of silent cinema.  It’s delivered electronically via an Adobe PDF attachment to your email account about every two months.

All Talking! All Singing! All Dancing!  A celebration of the early talkies and their times.

The Bioscope  Is designated to the subject of early and silent cinema, and designed to be a news and information resource on all aspects of the motion picture before sound.

The Columbia Shorts Department  Is an information-heavy site dedicated to the vintage theatrical short-subjects of Columbia Pictures.

“Give Me The Good Old Days!”  About El Brendel, old film, and any other shit Louie Despres feels like writing about.

The Official Blog of Harry Langdon  In a career that has spanned over 40 years in Hollywood, staying fresh in a very competitive field is what keeps Harry among the top commercial and glamour photographers in the world.

Mack Sennett  A celebration of the King of Comedy and his studio, films, and comedians.

Movie Morlocks  Is the official blog for TCM.  No topic is too obscure or niche to be excluded from our film discussions.

A Mythical Monkey Writes About the Movies  Everything you ever wanted to know about classic movies- and then some.

A Person in the Dark  A site designed for all of the wonderful people out there in the dark and dedicated to the unabashed passion for silents, early talkies, all stars and all films.

Silent-ology  Is lovingly devoted to exploring the wonderful world of the silent era.  It digs through early film history, figuring out the details, asking questions, and offers fresh perspectives on topics both great and small.

Silent Locations  Invites you to step back in time to explore silent-era Hollywood as seen through the eyes of its greatest comedians.  Features tours, videos, and PowerPoint lectures that can’t be replicated in books.