A chapter borrowed from Lame Brains & Lunatics: The Good, The Bad, and The Forgotten of Silent Comedy 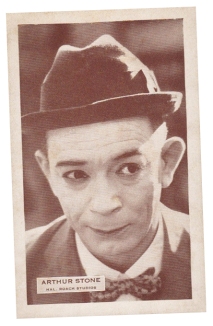 Harry Langdon was the silent comedy comet that shot across the motion picture skies in the mid-1920s.  Although his trajectory was brief and he crashed before the end of the silent era, while he blazed brightly, his influence echoed throughout the genre.  Around 1925, a wave of pasty-faced innocents sprang up everywhere–Billy Dooley cavorted for Christie comedies, Arthur Stone was on the Hal Roach lot, and Mack Sennett soon tried to fill the gap caused by Langdon leaving him by putting Eddie Quillan and Johnny Burke through suspiciously similar paces.  Even an old timer like Larry Semon, whose films were known for their wild gags, frenetic speed, crashes, and explosions, suddenly began standing still in indecision and blinking slowly.  Langdon was in the air, but his most important and fruitful effect was on a transplanted British comic who was struggling to find the right screen persona.

In 1924, Stan Laurel had been in films for seven years, but hadn’t met with exactly wild success.  Popular enough to have had starring series for producers such as Hal Roach and G.M. Anderson, his film career to this point had been a search to find the right comic character, as it changed from film to film.  Sometimes he’d be a brash go-getter, another time a mama’s boy, then the next time he’d combine the two into sort of an aggressive milquetoast.  He worked too hard, laughing at his own antics as if to nudge the audience to laugh along.  Since his persona hadn’t gelled, the pace was kept breakneck and the shorts were built around occupations, locations, or movie parodies. 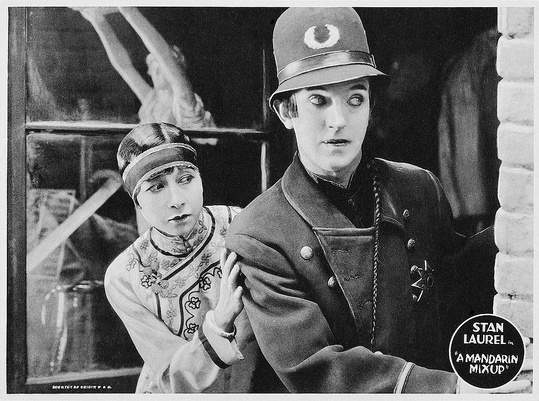 Stan Laurel makes for a very Harry Langdonish cop in his 1924 Joe Rock-produced A Madarin Mix-up.

When Harry’s initial surge of popularity hit the film industry, Stan was making a series of two-reelers for producer Joe Rock.  By the end of 1924, in shorts such as West of Hot Dog and Somewhere in Wrong, you can see his style start to change.  The pace of the films is less frenetic and Stan develops slower, more hesitant body rhythms and hand gestures.  Much of his brashness has dissolved and he becomes wistful.  He’s now shy with women and people in authority, plus begins to make his crying routine more organic.  Seeing Langdon’s work on the screen definitely seems to have prompted Stan to explore and exploit his own inner man-child and made him realize that faster doesn’t always mean funnier.  It was just a couple of years after absorbing and developing his own spin on these Langdon traits that the character which we know and love as “Stanley” would be born at the Hal Roach Studios. 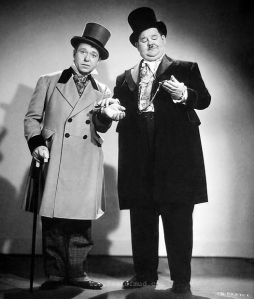 In the years that ensued, Harry and Stan’s lives and careers would intersect.  They became friends and later full-fledged collaborators when Harry joined the writing staff on the L & H features from Block-Heads (1938) to Saps at Sea (1940), not forgetting that Hal Roach even used Langdon as a cudgel to get an errant Stan back in line during a contract dispute, which resulted in Zenobia (1939).  The final word belongs to Stan, who had this to say about Harry to John McCabe for the publication of Mr. Laurel & Mr. Hardy: “A great comedian who had it in him to be a great actor, like Chaplin.”

If you don’t already own a copy of Lame Brains & Lunatics, I highly recommend you pick one up on Amazon or at Bear Manor Media.  This book needs to be a part of your collection!