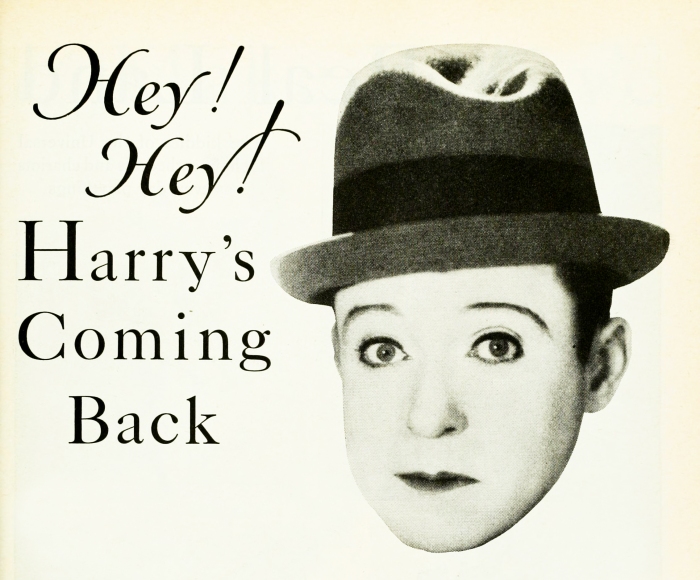 It’s truly astounding to know that my Grandfather still has so many loyal and adoring fans after more than seventy years since he made his last picture.  And it seems that with every passing decade there are even more people who discover Harry Langdon who then quickly find themselves diehard fans as well.  I wish I could say that I knew my Grandfather when he was still alive but sadly I only know him, as many of you do, through his movies and the countless articles and books written about one of silent films least recognized actors.  So, in many ways, I too am only a fan who also admires the outstanding work he did in silent film and later in sound as well.  Also, it appears, there are a few exceptional Langdon fans who have devoted countless hours of research in order to enlighten others (myself included) about Harry Langdon, who he was, his background, and how he came to be the artist and performer that we all admire.  Many thanks should go to all those individuals who spend so much of their time keeping the memory of Harry Langdon alive for us today and future generations to come.  I can say with certainty that if it wasn’t for people like Tim Greer, Jessica Carlson, Frances Becker, and countless others, there would not be a Harry Langdon to enjoy now;  As his memory would have faded along with so many other silent film stars from our past.

On behalf of my entire family I with to thank those dedicated folks, as well as YOU… the fans who never grow tired of seeing my Grandfather’s films and allowing him to entertain and enthrall you with his wit and unique persona.  Hope you’ll enjoy reading this premier edition of the new Langdon newsletter and all the ones to follow.  Thank you…